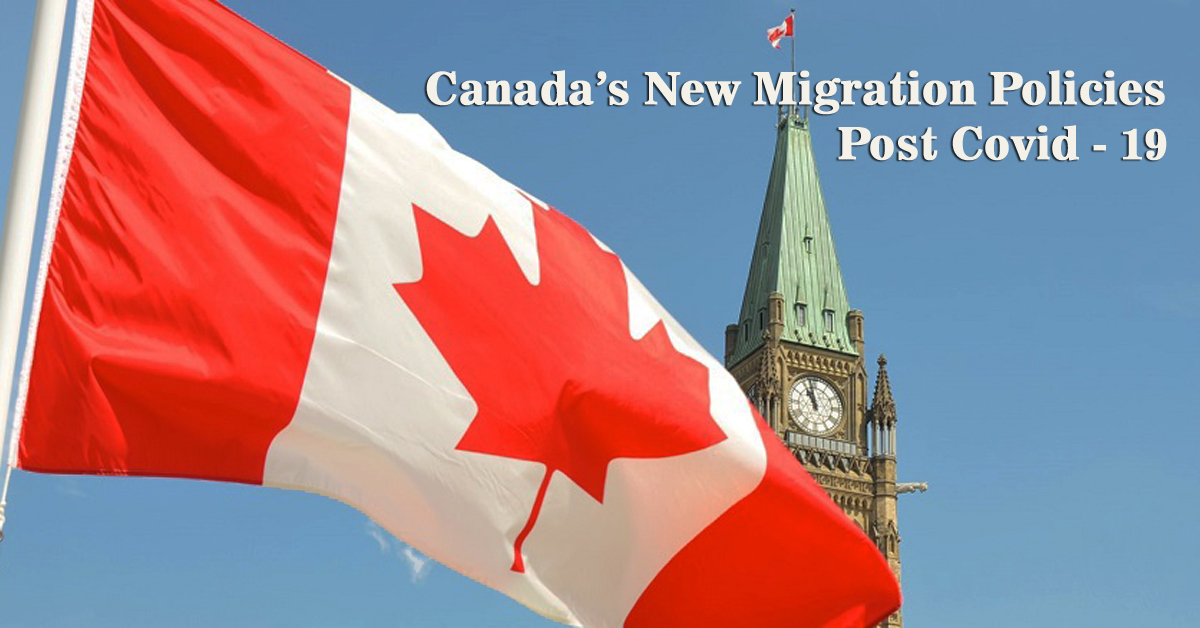 Post the outbreak of the pandemic, Covid – 19, Canada had emerged as one of the topmost nations sought after for immigration. Experts admit that, ‘economic immigration’, shall be much in vogue in the future years as Canada looks forward to a fruitful business relation with the eligible migrants. That makes one thing clear! Migrating to Canada in search of a job can be really life changing!

As a matter of fact, about more than 4 lakhs immigrants are being targeted by the Government of Canada, post the outbreak of the pandemic, in order to revive the economy. Top immigration consultants’ from various parts of the globe had emphasized that, the Government of Canada looks forward to positive contribution from such immigrants especially after the outbreak of Covid – 19.

How is the immigration numbers being planned by the Canadian Government post the outbreak of Covid – 19?

1913 was one of the historical years, in the Canadian history of migration. This was the last time, the Government of Canada allowed 4, 00,000 immigrants to break the barriers.  Much later, by 2020, however, the Government had already taken a stance on how many immigrants could be allowed within the Canadian economy. As a matter of fact, immigration numbers were planned much ahead to the outbreak of Covid – 19, the global pandemic! However, post the pandemic outbreak, numbers were being revised to ensure limited entry of labour force from various parts of the globe.

Data collected from authentic sources revealed that, by the year 2021, Canada had planned for about 4,01,000 number of immigrants from various parts of the globe. In the consecutive year i.e. 2022, approximately about 4, 11,000 immigrants were to be allowed while during 2023, about 4, 21,000 immigrants were being planned to give an entry. Although Canada had aimed to welcome about 1 million nationals through immigration between 2020 – 22, the outbreak of the global pandemic, had forced the Government to think otherwise.

What are the major reasons for encouraging migrants to enter Canada?

Immigration consultants’ reveal that, migratory policies have been published from the end of the Canadian Government in media post the pandemic. Such policies lend interesting insights about the migratory policies to be adopted in the post Covid era.  Simultaneously, immigration numbers had been revised keeping in view, an improved economic growth, to be achieved within the next few years. The Government of Canada had focussed on creating jobs for the immigrants so that, such a population can contribute significantly towards the path of economic recovery. Identifying skilled population remains to be an immense challenge in front of the Canadian Government however, keeping in view the huge infiltration likely to happen post pandemic.

Data collected from authentic sources, reveal that, Canada government authorities had clearly chalked out 2021 – 23 immigration plans so that a proper categorisation can be done. Migrants were to be categorised into the following segments:

At the end of the day, experts acknowledged, migration was the only way out in order to reduce the negative socio economic impacts in Canada post the pandemic outbreak. Canada had long been identified as a developed nation, but the nation had its’ own problems. A majority of the population were aged, and the country suffered from low birth rates. In consequence to this, labour force from developing countries was to be encouraged, so that such migratory population can work at low wage rates to sustain in a growing economy.

How can you judge your eligibility in order to migrate to Canada from any other destination?

Best visa consultants from Canada acclaim that, one needs to be a skilled worker in order to be eligible for an opportunity towards migration to Canada. Therefore, in certain cases, migration to Canada might require skill certification as well. Therefore, Canada immigration agencies advise that, you keep such documents handy before you file the necessary application. Not only workers, Canada emphasize that, even for entrepreneurs, the Canadian economy looks at someone, who is innovative and has the right kind of skill to contribute positively. However, irrespective of the profile of the migrant, it is necessary that one applies for an authentic work permit which is to be issued from the concerned authorities on priority.

Continuing from the above, top immigration consultants’ emphasize that, student visas are most commonly being offered in Canada, post pandemic. Being an immigrant friendly nation, the Government of Canada acknowledge that, ‘study-work-immigrate approach’ can really be beneficial in favour of the migrant as well as the economy.

How can you prepare yourself for the journey?

Immigration consultants in Canada acknowledge that, one needs to seek professional guidance in order to facilitate the journey of migration to Canada. You should put in a sincere effort to consider and reconsider the professions or business associations that you are looking for to define your settlement in Canada. As a matter of fact, immigration consultants from Canada, put valuable information on their website so that, one can understand the process of application for getting a valid work permit. Simultaneously, such visa consultants help you through the process, to enable you to file a well – documented visa application.

Applying in the right time is also important as had been disclosed by the visa consultants in Canada who regularly handle such operations in favour of the migrants. As a matter of fact, it is important to note that, public support had increased in favour, of the migrants over the course of time, especially considering the present context of Covid – 19. On the contrary, few of the best immigration consultants’ do agree that, migration works out better, if you have a referral from a permanent resident in Canada.