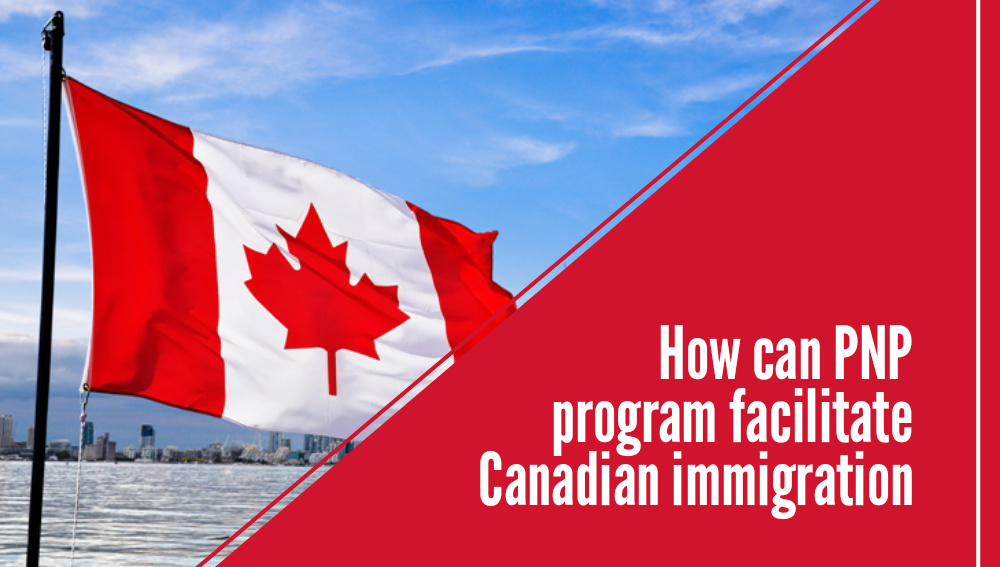 Canada’s Provincial Nomination Program: What do you need to know?

Applying for a Provincial Nomination Program in Canada: Will it help in the process of immigration?

Have you ever heard of Canada’s Provincial Nominee Programs (PNP)? Provincial Nomination Programs are in fact, interesting options in order to give you an express entry card to Canada. Canada immigration agencies in Qatar reveal that, such a program can facilitate the immigration process to Canada within a stipulated time. Therefore the best immigration consultants in Canada encourage visa applicants’ to apply for immigration in Canada through PNP.

Who can apply for PNP?
The best immigration consultants from Canada in Qatar reveal that, any intending immigrant can apply for immigration to Canada through PNP. However, it is important to be noted that, each and every prospective applicant applying for immigration in Canada should have the required skill levels coupled with educational qualifications. At the same time, best immigration agencies in Canada acknowledge that, applicants should have a proper work experience in addition to language proficiency.

What remains to be the criterion for getting nominated in a PNP program?
Most of the expert consultants’ reveal that, for an applicant to express interest in visa application, he or she must be nominated through a Canadian province or territory. Such nominations can help the prospective applicants to make a formal visa application, while planning to immigrate to Canada. It is interesting to note that, many of the independent provinces in Canada, had already made a strategic tie up with the Government of Canada (GOC) in order to facilitate the process of nomination in favour of the immigrant workers. Therefore, applying for a visa in Canada is definitely related to norms put in place by a particular province.

Which territories in Canada offer PNP Nominations?
A majority of the territories in Canada follow norms for PNP nomination. But, there are exceptions too! It is revealed through immigration agencies in Canada that, Nunavut and Quebec are the provinces which operate on its’ own immigration programs. Therefore, they have certain guidelines to be followed by the immigrants while applying for a PNP program. One of the major advantages of the provinces in Canada offering PNP programs remains to be identifying the right person in accordance to the labour requirements. However, it is important to note that, each and every province in Canada offering PNP programs has its’ own criteria for choosing prospective candidates. However, as a prospective candidate you can get very good guidance from some of the best immigration consultants based in Qatar.

What is PNP nomination allocation quota?
Expert immigration consultants working in some of the best immigration consultancies in Canada had acknowledged that, certain Canadian provinces do not issue any kind of invitations for applications through PNP programs. This is because they have already reached ‘PNP nomination allocation quota’ during a particular year.

Conclusion:
Canada had been open to invite immigration applications from across the globe post the restrictions made in consequence to pandemic outbreak. However, immigration consultants’ agreed that, stricter rules and regulations were being made in order to curb unnecessary infiltration of labour in Canada. PNP programs were being introduced, post Covid – 19 outbreak in order to take care of provincial nominations and requirements. Protocols for processing immigration application were endorsed by nodal agencies in order to ensure validity and further progress. However, it was interesting to note that, CRS scores remained to be different in accordance to provincial norms. Hence number of applications varied from one province to the other.

One Reply to “Canada’s Provincial Nomination Program: What do you need to know?”