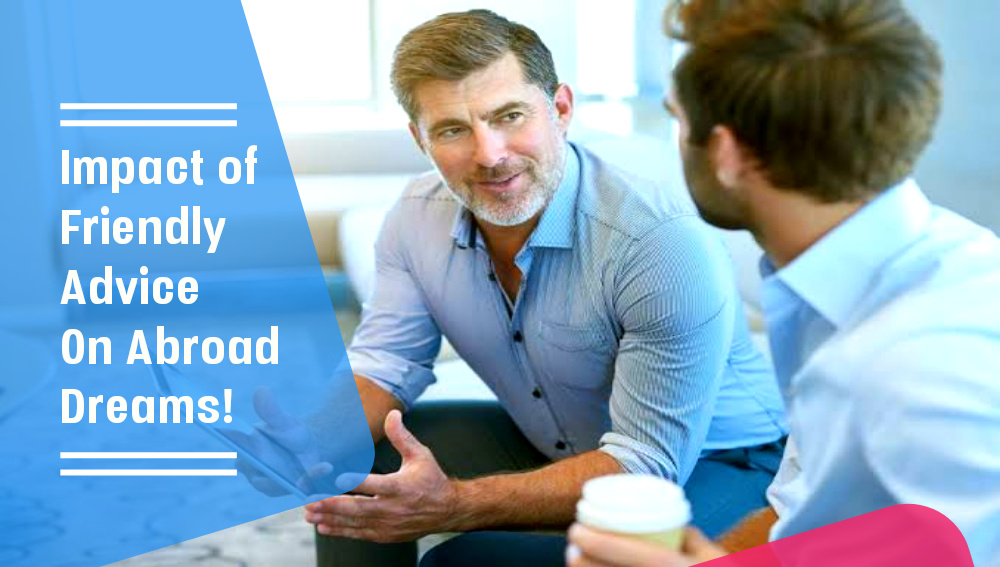 Immigration advice from friends/relative/Unofficial Sources: Will it do any good?

Plans for immigration: What are the questions that need to be addressed?

Do you have plans to migrate to another destination? If yes, then this blog is for you. Migration had been a trend long since, but nevertheless it has grown largely post pandemic. As a Top immigration Consultants in Qatar we provide with a detailed guidance so as to make the prospective candidates understand the nitty-gritties of immigration.

The first and foremost question that you need to address remains to be the destination where you intend to migrate. Besides, one should also consider the pros and cons of immigration to that particular destination. Top class immigration agencies across the globe state that, there are several international destinations in order to choose from. However, as stated by some of the best immigration consultancies in Qatar, it is important to consider the given eligibility criteria.

Who can be some of the best immigration advisors?
Most of the prospective candidates looking for immigration consider their friends to be good advisors. However, this is not really the case. Best immigration consultancies in Canada state that, advice for immigration should be taken from experienced personnel rather than amateurs who are not even properly equipped to disseminate information.

Who can give you proper advice on immigration?
As most experienced immigration consultants in Qatar we state that, getting a proper advice on immigration is only possible through professional agencies. But, prior to gathering information on the same, you need to know which countries do offer a Permanent Resident Visa, job seeker visa etc. It is important to know that, immigration to an international destination remains to be a process oriented approach on the whole. Therefore, it is imperative that an authorised visa agency can offer a genuine feedback on the application priorities. One of the major aspects to be considered, while undertaking an immigration application, remains to be the defined criterion related to eligibility criteria.

What can a wrong immigration advice do?
Most of the immigration companies in Qatar, state that, visa scams resulting from bad immigration advice can actually ruin the life of the prospective applicant. As a matter of fact, the Canadian and Australian Government had come out with speciality advisory services while addressing such issues associated with wrong visa application. As a matter of fact taking advice from friends/online unauthentic sources is not suggested, as it can do more harm than good.

What are the advantages of Hiring an Immigration Consultant?

Why are visa applications cancelled?
This is one of the most pertinent questions that had been taken up by some of the best immigration consultancy for Canada. It has been revealed through media sources that, most of the visa applications get rejected due to improper information and guidance. Experts state that, document forgery had been a common trend in the field of immigration services, and this had affected largely a number of immigration applicants. Document forgeries had taken a toll on most of the immigration applicants who had not been allowed to enter Canada or Australia within 5 years from the date of forged application or life time in some cases.

Conclusion:
Data forgery especially when it comes to application of immigration had really affected a large number of immigration applicants in the recent past. Expert immigration services in Canada and Australia warn that, immigration is a process intensive phenomenon which can have a far reaching effect if done not in the right way. However, it is important to be noted that, visa cannot be guaranteed whatsoever, but professional immigration agencies can really save you if need me. One of the best ways to prepare for a successful visa application is to visit the respective immigration website. Then the next step is to get hold of a professional immigration agency that can process right information in the applicant’s favour.

4 Replies to “Immigration advice from friends/relative/Unofficial Sources: Will it do any good?”