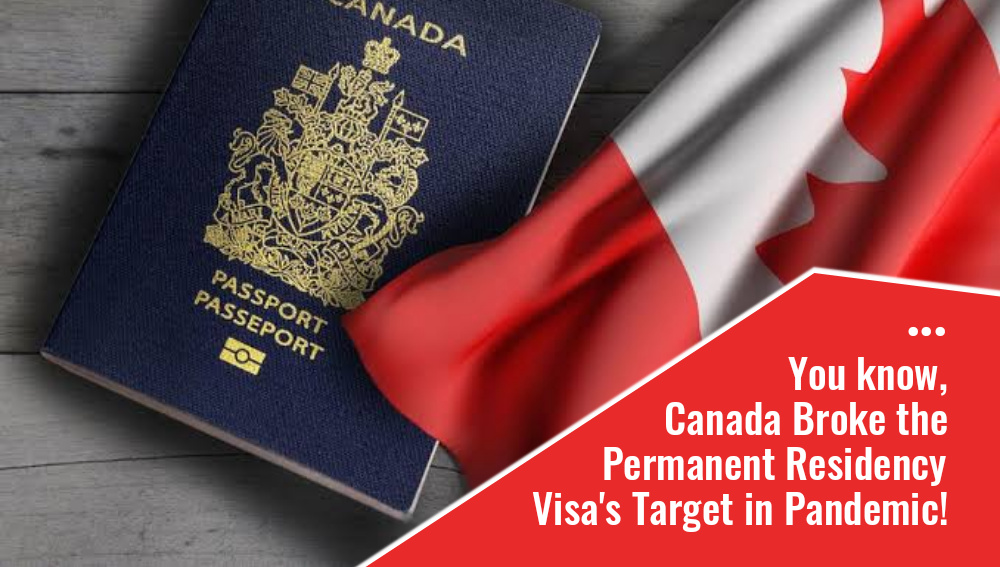 Most of the top immigration advisors could not believe that Canada had invited almost 401000 immigrants in this year. Immigration had happened despite Covid restrictions, as 2021 had experienced one of the worst phases due to the outbreak of the second wave. But, how had this happened? Commonly, asking such questions actually points out towards the effort of the Canadian Immigration Services (CIS), who had taken all the pain to make this happen. Immigration consultancies in Canada revealed that, a major conversion had happened especially for those who were already looking for permanent residence in Canada. But, in reality such conversions require certain norms to be met by the Canadian Immigration services.

This has been a very common question raised by the experts. With the current trends, it was rightly expected that, Canada could achieve the target of bringing in more than 400000 immigrants by the end of the year 2021. Despite such happenings, it was acknowledged by experts that, the spread of the Omicron variant (a mutant of Covid – 19) remained to be a major decisive factor in defining immigration figure. However, based on reports derived from valid sources, it was understood that, immigration figure pertaining to Canada included the conversions of temporary residents to the permanent residents.

Impact of Covid – 19 outbreak on immigration: What exactly you need to know?

As a best immigration consultants for Canada reveal that, the outbreak of pandemic remained to be a major barrier to have created a significant impact on the process of immigration. Due to similar reasons, temporary citizens were invited to file applications in order to obtain permanent residency in Canada. Such processes were put into place, keeping in view, the travel restrictions during the outbreak of the pandemic. However, experts from the field of immigration services reported that, certain amount of delays in process was closely considered while processing applications for immigration.

Status of Residency in Canada: Some Basics

What changes have the immigration services from Canada faced post the outbreak of the pandemic?

Smooth processing of immigration related applications prior to the pandemic had become a perfect norm. However, it was observed that things had changed for good and the number of applications received in favour of immigration from international destinations had changed significantly post the outbreak of pandemic. Application volumes under process had largely increased on the contrary and residential conversions had been in vogue.

It was interesting to note that, almost 3,40, 000 applications were processed during the year 2019, much before the outbreak of the pandemic. Following this, only 1, 84,000 applications were processed during the following year i.e. 2020 respectively. Post the pandemic, on the other hand, things have already started to change. Besides, during 2021, Canada being in growth path, the process of economic recovery was being duly facilitated as revealed through experts. Achieving targets related to immigration applications was understood to be a priority for Canadian immigration services at the end of the day. It was interesting to note that, Canadian immigration services were to broaden the scope of operation post the recovery phase from the pandemic. Therefore, this was just the beginning!