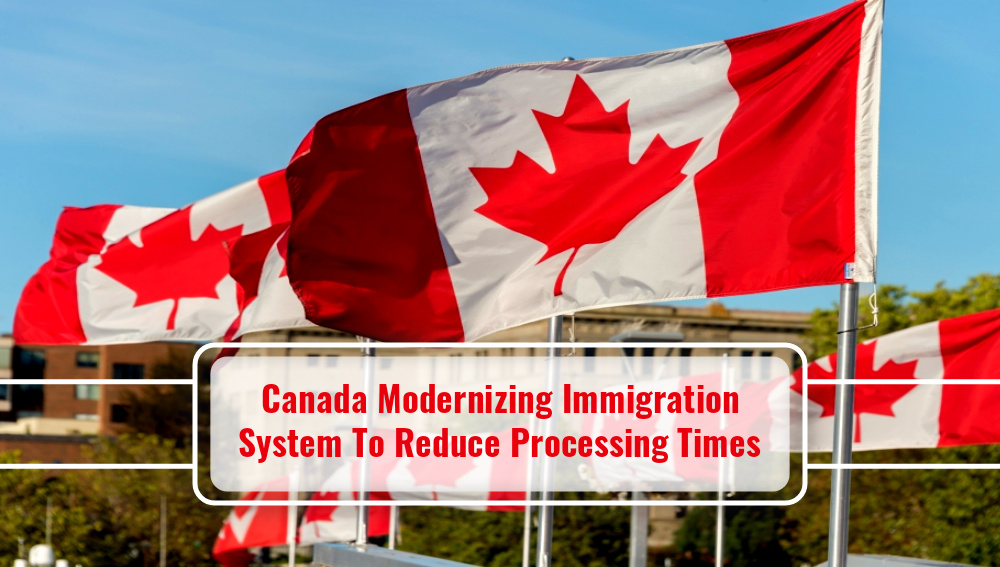 Statistics Reflecting a Boost in Immigration Services in Canada

Immigration services in Canada, post pandemic, had been experiencing a backlog of over 1.8 million applications waiting on further decisions. Different categories of people including citizenship applicants, students, temporary foreign workers, families, refugees, and visitors had been waiting after the pandemic to seal their fates. As of December 2021, the Express Entry backlog had alone stood at approximately 119,000 applicants.

In the 2021 Budget, the Canadian government had allocated $85 million fund to minimize processing times across all IRCC lines of business. Further, IRCC had developed a web portal to permit permanent residence applicants to collect residency status online. As a result, 225,000 permanent residents had used such web portal between June 2021 and December 2021.

On February 2nd, 2022 Canada had invited 1070 Express Entry candidates to apply for the Canadian immigration. The Immigration, Refugees and Citizenship Canada (IRCC) had only invited Provincial Nominee Program (PNP) candidates. The prerequisite score of the Comprehensive Ranking System (CRS) was 674. In general, the PNP candidates obtain an automatic 600 points added to their score when they get their nomination. Consequently, the score becomes noticeably higher compared to a typical all-program draw. Without the nomination, the lowest-scoring candidate would have required only 74 base CRS points.The new draw takes the record for the largest PNP-only draw, surpassing the January 19th draw when 1,036 PNP candidates were invited. The invited candidates now have 60 days to apply for the Canadian permanent residency.

Canada is anticipated to only hold PNP draws for the time being. While declaring measures to improve the immigration system, Sean Fraser, Immigration Minister of Canada, did not say when Canada would resume draws for Express Entry candidates who would be eligible for other programs like the Canadian Experience Class (CEC), the Federal Skilled Worker Program (FSWP), and the Federal Skilled Trades Program (FSTP). However, he assured the reporters that the pause was momentary.

In 2021, World Education Services (WES) Canada, a designated provider of Educational Credential Assessments (ECA) for the Canadian immigration, conducted a survey among the prospective immigrants. Accordingly, they identified that more than 13,000 prospective immigrants had shown interest to move to Canada. Earlier, in 2020, WES had surveyed individuals that had submitted an ECA application to better understand how the COVID-19 pandemic had been impacting their Canadian immigration plans. Later, in August 2021, WES had repeated the survey to compare responses and to observe how much the prevailing pandemic would impact the motivations of respondents to immigrate to Canada.

Besides that, about 58% of respondents indicated that they were more interested in immigrating to Canada because of the Canadian government ‘s ability to manage the pandemic situation.

Apart from that, in 2021, respondents suggested that they would still have a strong desire to pursue the Canadian permanent resident status despite occurrence of any economic challenge or personal circumstances in future. For example, 74% of respondents remarked that an economic recession in Canada would either have no impact or would increase their interest in gaining permanent residence. Such figure was up from the 69% that responded the same way to this question in 2020. Also, they were more optimistic about job prospects in Canada among the pandemic versus prospects in their home countries. Similarly, roughly 77% of respondents replied that they felt COVID-19 would have no impact or a positive impact on jobs in their occupation or sector compared to 69% in their home country. Contrastingly, nearly 23% of respondents felt that it would have a negative impact, a decline compared to the 28% who felt there would be a negative impact on jobs in their occupation or sector in Canada in 2020.

Apart from that, in 2021, Canada sought to land 401,000 new immigrants and achieved this target mainly by transitioning those in the country to provide permanent residence. The Canadian government will announce its new ‘Immigration Levels Plan 2022-2024’ within February 14. The plan will indicate the number of new immigrants Canada will seek to welcome in 2022, and the categories they will fall under. The existing plan aims to welcome 411,000 new immigrants in 2022 of which around 60% are set to arrive under the economic class. Moreover, in 2021, IRCC had made decisions on more than 500,000 permanent resident applications.